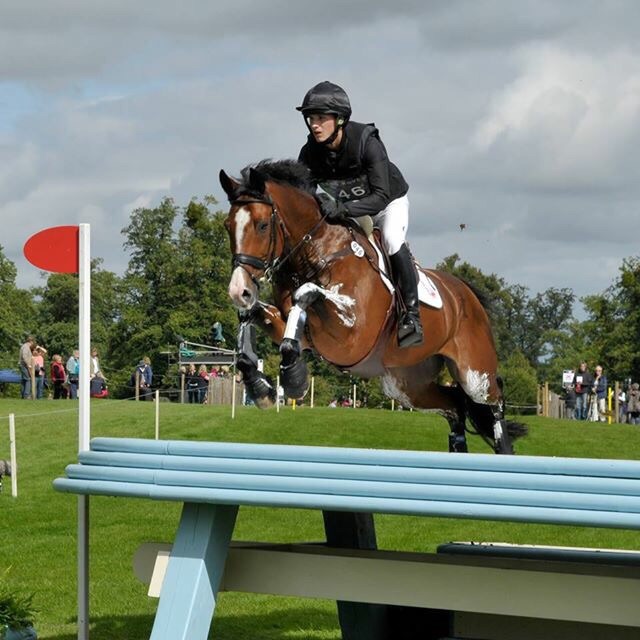 He is regarded as one of the biggest up-and-coming eventing talents: Niklas Bschorer, born 1994. If you ever get a chance to watch him – do it! I have rarely seen such a fine and relaxed training than the one Niklas Bschorer showed at the FEI European Championships in Aachen 2015. When we conducted the interview for Kopf & Zahl (head and tails), Niklas Bschorer had just finished a morning of training in England and was hanging out a little in a relaxed walk.

He has lived in England for five years. “Originally I wanted to stay with Chris Bartle for just one year, like a kind of school exchange, but then that spell turned into something a bit longer.”

years old is newcomer horse Call Me Tiger. He is very attached, and not without a reason: “My mother hand-fed him, because he lost his mother at birth.”

His biggest success so far was taking ninth place in Luhmühlen this year.

minutes is the distance from his current British home in Marlborough to Mark Todd’s stable, which is where he’s headed for jumping training every week.

The twelfth jump at Badminton 2015 was not his thing: his horse stopped and Niklas brachiated back into the saddle from mid-air with such aplomb that this series of images became infamous.

He switched from dressage to eventing when he was 14: “Until then my parents, both veterinarians and dressage riders, had been my trainers.”

Niklas was 17 years old when he sat the British A-levels. Since then all he’s done was riding – “but soon I will study medicine in Germany.”

square meters is the size of his apartment close to the stable where he rents boxes for his four horses.

I have been writing the column “Kopf & Zahl” (literally: heads & tails) for Reiter Revue International since 2012.  I reveal a little more here – nice as it is to read a short interview, there are so very many additional nice things still to tell!

I call horses 'divine mirrors' - they reflect back the emotions you put in. If you put in love and respect and kindness and curiosity, the horse will return that. - Allan Hamilton